I have already cycled in 32 countries. Half of them are in Africa. In terms of obtaining visa for a country I have faced many difficulties; being asked for a bribe, being lied as to what the real price of the visa is, unreasonable week-long delays, asking for extra documents that are completely irrelevant, and many more. However, I have never received such a ridiculous and insulting behaviour that I receive currently in Cameroon, at the Nigerian Embassy in Yaounde and, most importantly, at the Nigerian Consulate in Douala. The story goes like this.

On the 25th of Semptember I am visiting the nigerian embassy in Yaounde in search of information on how to get the Nigerian visa. I let the very polite woman at the reception know that I am a long time bicycle traveller from Greece, and I ask if I can pay online and receive from Douala, as I had already seen on the nigerian immigration webpage. I am told that indeed this is an option and I go for it as paying online is more secure and transparent. I pay online and cycle to Douala to submit the documents and receive the visa. I try to find the consulate, but is very difficult. The official website of the consulate does not mention the actual physical address. The phone number stated is wrong. The e-mail stated (info@nigerianconsdouala.gov.ng)  is not working. The address I find on Google maps says “permanently closed”. The embassy e-mail I find on the Embassy webpage is not working (nhc_yde@yahoo.com). After a lot of search I find the consulate. It is 14:40 but they do not let me in, despite the working hours on the website is until 16:00. 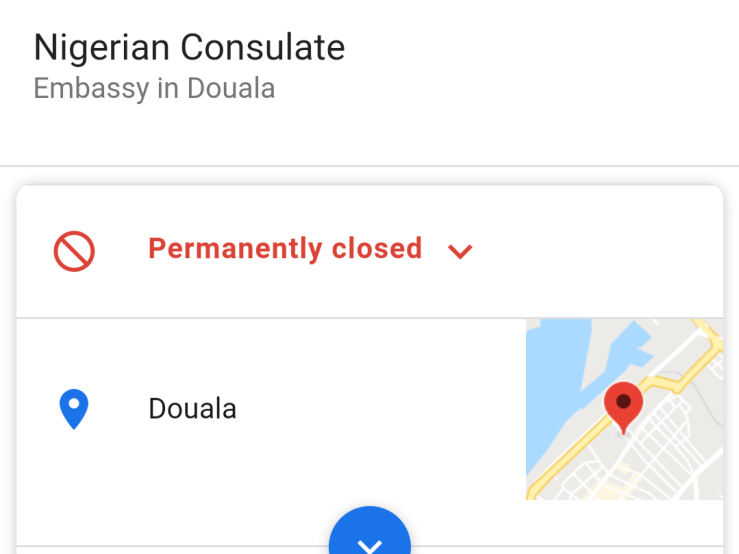 The following day I manage to enter the consulate. I am being told by a younger member of the visa department that I need residence permit, and I explain to him that I am a tourist and I am being sent by the Embassy in Yaounde, where I have already informed them I am a cycling tourist. I ask to see the supervisor or the manager of the visa department in order to find a way forward. The manager comes at the reception clearly upset, even before meeting me. I try to explain what is the situation but he is shouting for no apparent reason. He is telling me to apply for a visa on arrival but I let him know I have already paid for the visa. I told him that I already went in the Embassy in Yaounde and they told me I can do it in Douala. This man is leaving in the middle of the conversation while I speak, without saying nothing. I repeatedly ask the receptionist, who is witnessing our dialogue, what is the name of this man and why is he treating me like this. The lady at the reception refuses to tell me the name of this person.

On the following day I go again at the consulate with the necessary documents printed. I see again the younger man that I saw the previous day and he is insisting that it is impossible to get a visa without residence permit. I let him know that “it is ok” and I kindly ask him to tell me his name so when I go back to Yaounde I can tell them that “this man at the consulate, gave me this piece of information”. He refuses to give me his name, despite I insist. He also refuses to give me the name of the manager whose unacceptable behavior I received the day before. I ask again to see the manager. The manager comes at the reception to find me. He is entering the room and starts talking to me in a very aggressive way. Before proceeding in any kind of argumentation I ask him why he is so aggressive with me. I tell him also that I am not eligible for visa on arrival that he had suggested the day before. No actual dialogue took place because this man was not listening at all. He was talking and shouting. He left again without notice and quickly went at the office of the visa department. I followed him and I asked what his name is. He shouted his name at me and when I tried to write it down he went furious to the window to call the guard!!! The guard came in seconds and pushed me out of the Embassy. Physically pushing me out while I didn’t resist at all. In the middle of this scene I could not write down the name of this man, but he was above 50 and he was wearing a hut both days. The people who work at the visa department are witnesses of the surreal and unacceptable treatment I received. I left speechless, physically very upset and extremely disappointed.

I went straight to the Greek consulate to report the incident and call for a diplomatic intervention. Unfortunately my country is being poorly represented in Cameroon, so it is very difficult for someone to intervene in an official way.

I went back to the Embassy in Yaounde and let them know of the insulting behavior I received. They advised me to write a letter to the ambassador explaining the situation. I did so and a week later I was told that the ambassador is giving the green light for the visa to be issued, but this has to take place in Douala because I have paid online. I go again at the consulate in Douala, last Thursday. They tell me the visa guy is not there – “come back on Monday”. I go back yesterday (Monday), and they don’t let me even enter the consulate. I am being told the visa guy is not there. I insist to know when to come back. They tell me, just so they get rid of me, “come back on Friday”.

I call the Embassy at Yaounde for some help and also to let them known that these guys hate me because I talked to the ambassador and they will always tell me the visa person is not there. The guy who I spoke with every time at the Embassy sounds very unwilling to talk more. He says that I don’t have residence permit and this is a problem.. He hangs up the phone on me… But I have already paid!! And the ambassador approved!!

As a result I have lost 110$ – the visa fees, and approximately the double in accommodation fees and trips Yaounde – Douala. I have also lost more than one month. But most importantly I feel humiliated and dissapointed as I never believed the strongest economy of the continent would have such a poor diplomatic representation and such an extremely impolite staff.

And it gets even worse… I can’t cycle to the north because of Boko Haram presence in the north of Cameroon and Chad, and also there is no commercial ship that goes from Douala to Benin or Togo or somewhere to west Africa, bypassing nigeria. My only solution seems to be the flight, which is too pricey to be considered an option … 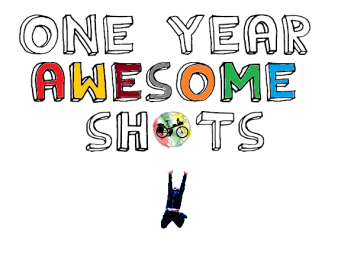 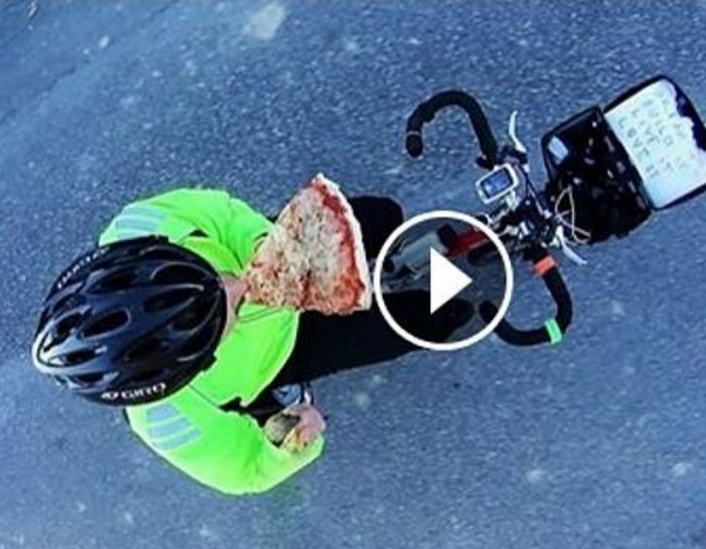 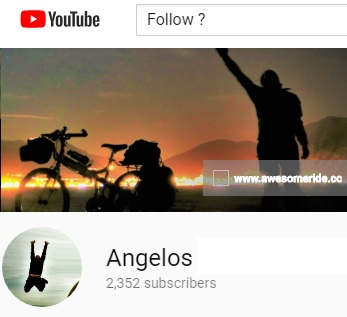